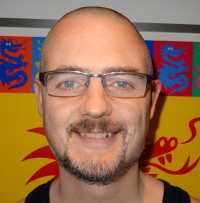 I am a self-tought software developer, an I started to code Comal-80 on my Commodore 128D as a boy. However, after ground school I went to business high-school for 3 years. I thought a grade in economics was what I should aim for. After that, approx 1991 I got into what back then was called "Handelshøjskolen i Aarhus", studying a combination of economics and IT, in danish called "HA Dat". However, somehow I did not notice that I liked the programming classes (Pascal) much more than all other classes. I should have stopped "HA Dat" and instead studied what is similar to software engineer.

What happened was that I did not finish "HA Dat" - despite only needing two exams - instead I got 2 new jobs, job 1 in the morning teaching IT at ground school level and job 2 in the afternoon as a keyenter at United Parcel Service, both jobs in Aarhus in 1995. In early 1997 I got promoted to Export Clerk at United Parcel Service in Kolding, however still doing 2 jobs.

Late 1998 I got offered a job as a software tester at Stibo in Aarhus, now I only had to do 1 job. I tested installation of programs on Windows operating systems, I tested the program features and I tested that the programs contained the correct data. During a 2 year period as I did the testing, I also developed software that automated the software testing on data quality. That enabled me to advance to becoming a web developer for Stibo and changed from developing testing software in Pascal on Windows OS to developing web applications in Java and develop installation-software for Windows OS - two very different skill sets. I also set up new webservers to host client web shops (developed in Java) using Apache and IBM WebSphere Java Application servers. I held many interal courses to train other colleges to set up and maintain such Java-based solutions. I held that job until late 2004 where I was laid off due to economic difficulties at Stibo at that time.